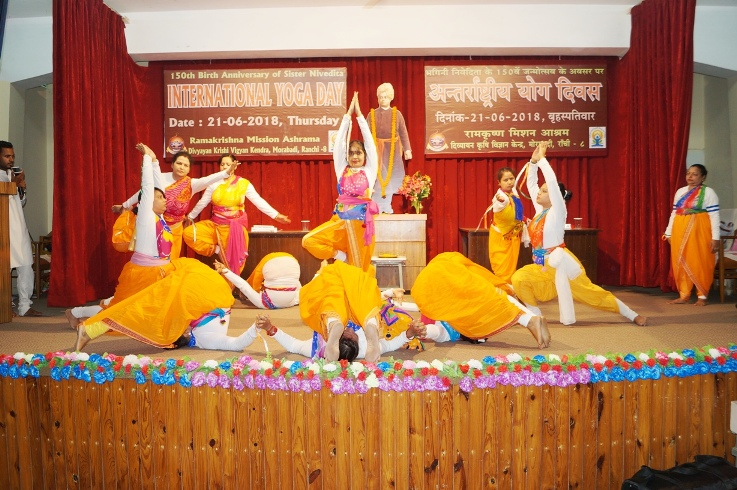 International Yoga Day was celebrated on 21st June, 2018 in Ashrama which consisted of a yogasan completion and an awareness programme on Yoga. In morning session, children from different Akhandananda Coaching centres actively participated in the Yogasan competition and in evening session, the awareness programme was inaugurated by lighting of lamp and vedic chanting by the monks of the Ashrama. The chief guest of the occasion was Sri R. S. Mohapatra, Director, Central Coal Fields Limited (CCL), Ranchi and Bibhuti Bhusan Roy, Senior President, Jharkhand Yoga Association was the special guest of the occasion. All the speakers discussed about the role of Yoga in leading a healthy, peaceful and successful life. At the end of the session, winning participants of Yoga competition were given away prizes. Around 240 participants participated the said programme.