Sri Ramakrishna Kharif Kisan Mela was organised on 06th May 2017 at Village-Soba of Burmu Block under Ranchi District. The objectives of the mela was to disseminate latest technologies related to cultivation of Kharif crop like Paddy, Maize, Mung, Urad, Pigeon Pea…
Read more

Annual Celebration for the year 2017 will be celebrated from 12th May to 17th May.The 6-day long celebration will have a series of programmes including Public Meetings, Ramcharit Manas Path and Cultural Programmes. Artists from in and out of the Jharkhand…
Read more

Sri Mritunjay Kumar, has been selected for the post of WDT member (Civil Engineer) under the project Integrated Watershed Development Project-NABARD-RIDF on the basis of recommendation of selection committee based on tests and interaction held on 2nd May, 2017. 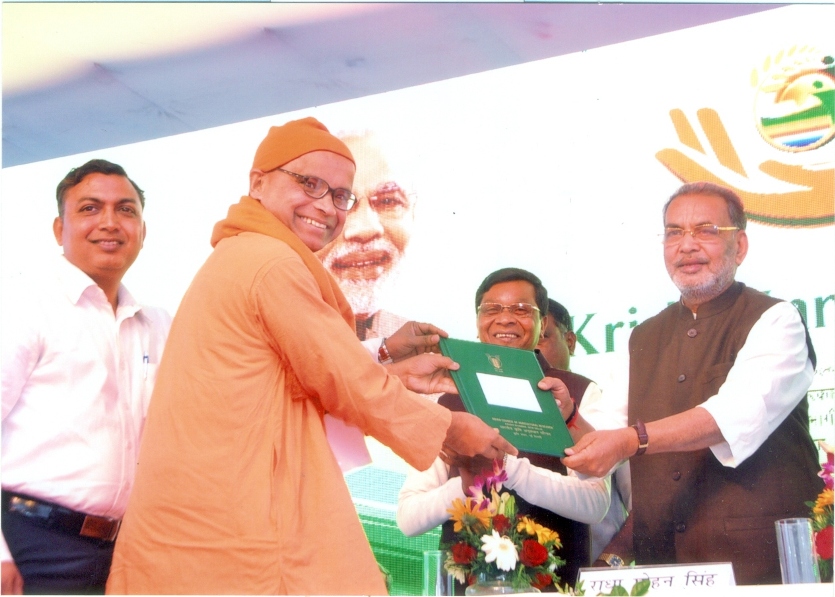 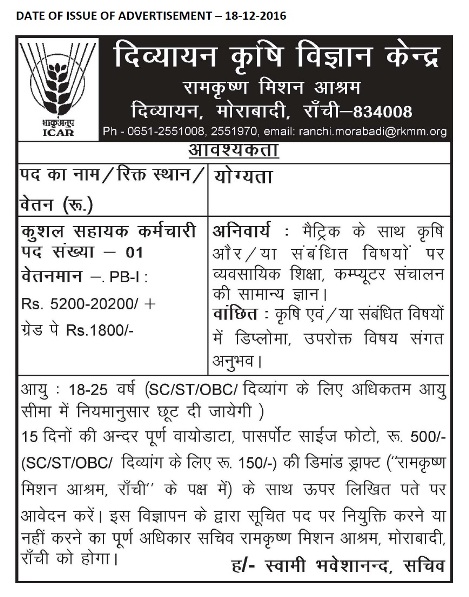