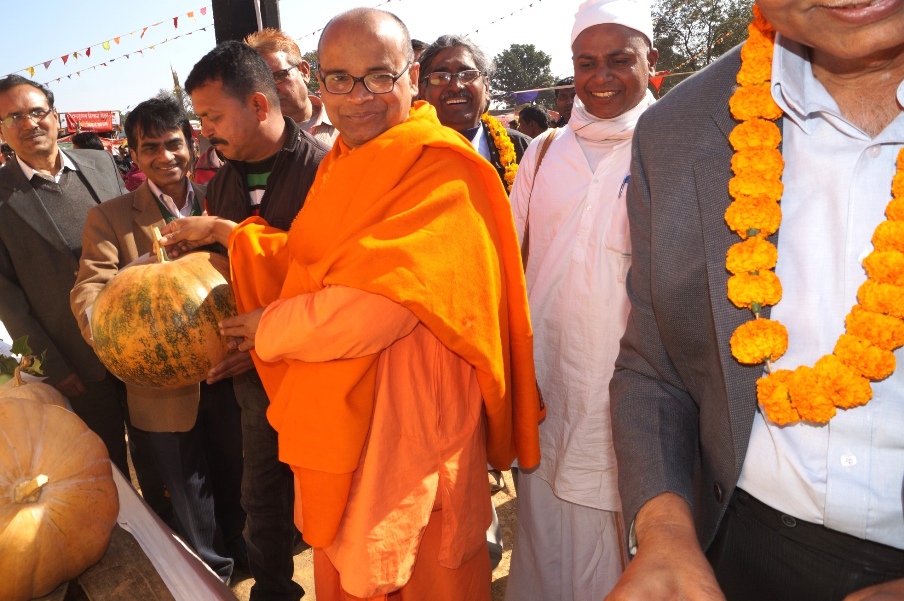 A regional Kisan Mela (Block Level Farmers’ Fair) at village-Tigranayatoli under Ratu Block of Ranchi district on 16 January 2017. The aim and objective of this Kisan Mela was to create awareness about the latest technologies in the field of Agriculture and Allied trades among the farmers as well as to inform them about assistance being provided to small and marginal farmers under various schemes of state and central govt. for the development of agricultural sector. The theme of the mela was Organic Farming-Successful Farmer-Prosperous Nation.

371 crop exhibits, 39 birds and animal exhibits and 38 cottage industries exhibits were brought by the farmers for competition.