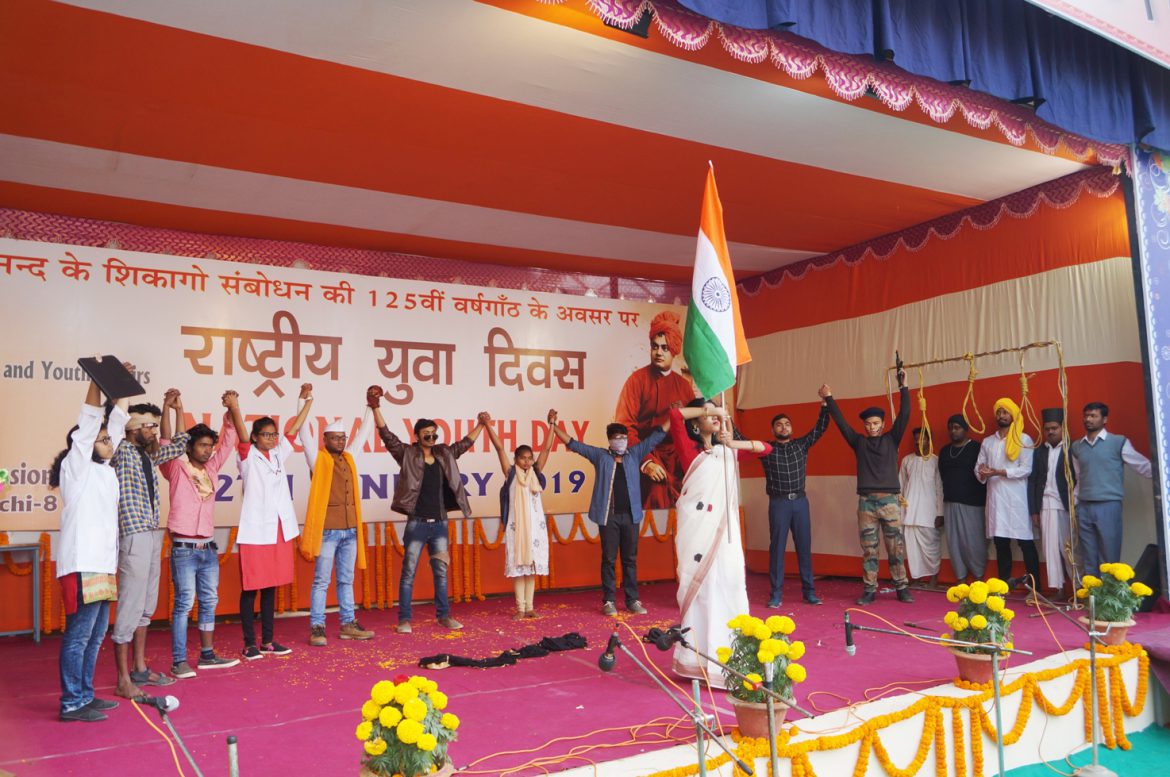 The National Youth Day-2019 was celebrated on 12th January, 2019 by the Ashrama with great joy and enthusiasm to mark the birth day of the great hindu monk and the maker of modern India Swami Vivekananda. The event was started with garlanding of Swamiji’s statue at Ramakrishna Mission Vivekananda University (RKMVU) campus at Morabadi, Ranchi followed by a rally from RKMVU University campus to Morabadi ground. The rally was participated by the students of RKMVU, trainees of Divyayan, devotees and admirers of Ashrama. Students and trainees holding placards with the Swamiji’s Sayings and calling the slogans rallied through the main road of Morabadi to create awareness among the youth about their immense power which is already within them.

A special awareness-cum-cultural programme was organised in the RKMVU University, Morabadi campus at Doranda Ranchi from 10 am to 12 noon where around 950 RKMVU and Divyayan KVK, admirers of the Ashrama and general public participated the programme. Lieutenant Commander Sri Vikrant Kr. Malhan, Member (Secretary), LMC,Jharkhand State Sports Promotion Society(JSSPS) was the chief guest of the occasion and  Swami Bodhasarananda, Asst.General Secretary, Ramakrishna Math and Ramakrishna Mission, Belur Math, Howrah presided over the meeting. The programme consisted of speech, dance, song, short play, yoga all dedicated to the life and teachings of Swami Vivekananda.

At the end of the programme food packets and a set of books related to life and teachings of Swami Vivekananda were distributed to all the participants.