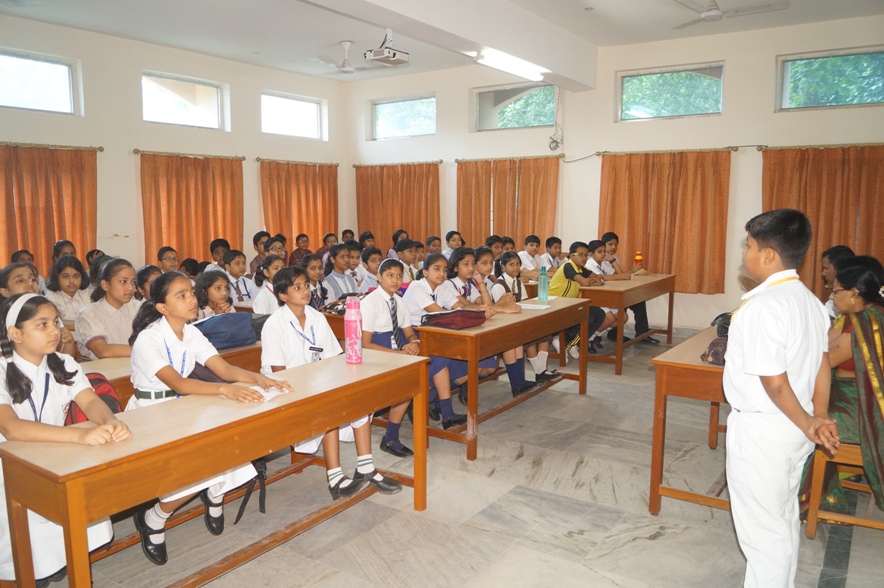 The purpose of these competitions is to expose our youths to our great cultural heritage and the powerful speeches and writings of Swami Vivekananda. We believe that the students have a very impressionable mind and if we mould them now it would decide the future of our country. The selected themes and passage have been taken from Swami Vivekananda’s writings and speeches. This year nearly 5350 students from 39 education institutions of Ranchi and adjoining areas took part in the various competitions. To cope up with this huge response each category was divided into several groups. In all 46 such groups were formed and prizes were awarded to the best performers in each group. In all 217 students were selected for prizes. All the events were keenly contested and were of very high standard. Participants had come well prepared and it was delightful to witness their performance, giving impression of a very positive step towards achieving the goal of man making and character building education.

The prize distribution ceremony was held on 8th September, 2018 in which Sri Goutam Chaudhury, Director, Judicial Academy, Ranchi and Vice Chancellor of National Law University, Ranchi was the Chief Guest and Padmashree Balbeer Dutt, Chief Editor, Deshpran, Ranchi; Sri Sunil Kumar Barnwal, Prinicpal Secretary to Hon’ble Chief Minister of Jharkhand, Sri Prem Prakash Arya, Member of Managing Committee of Ashrama were the Guest of Honours for the occasion. All guests gave away the prizes to the winners.